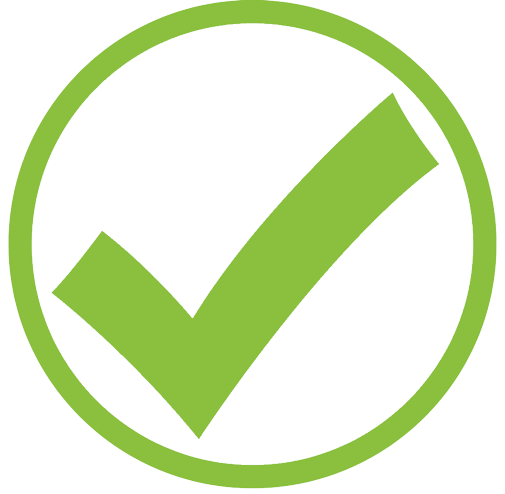 Although it is much more than hype, DevOps is one of the hottest phrases in technology right now. In order to provide a product more quickly and effectively, the development and operations teams collaborate with each other. DevOps Engineer job listings have significantly increased during the last few years. Multiple open openings for DevOps engineer Experts are routinely available at multinational corporations like Google, Facebook, and Amazon. Although the employment market is extremely competitive, a DevOps engineer interview might cover a wide range of difficult topics. If you've begun to train for development and operations responsibilities in the IT sector, you are aware that it is a difficult field that will require serious training to break into.

The most important thing to realize is that DevOps is a way of thinking and culture, not just a set of technology. Operations and development must be combined, and DevOps calls for a connected toolchain of tools to support cooperative transformation. The use of DevOps as well as the bandwidth needed to adapt and collaborate varies from company to business because the DevOps philosophy is still in its very early stages. DevOps abilities, on the other hand, can make you a fantastic candidate for any kind of firm.

Organizations look for a defined set of competencies when hiring for DevOps roles. Below are the pre-requisites for DevOps Engineer:

Questions that are unrelated to any specific DevOps step go under this category. Instead of focusing on a specific stage or tool, these questions are designed to assess your knowledge of DevOps.

Interviewers often ask about "What is DevOps". In brief, Software development and IT teams can automate and integrate their processes with the use of a set of methods, tools, and organizational principles called "DevOps." It places a strong emphasis on technology automation, cross-team communication, and team empowerment.

Software development and IT teams can automate and integrate their processes with the use of a set of methods, tools, and organizational principles called "DevOps." It places a strong emphasis on technology automation, cross-team communication, and team empowerment.

Your response must be clear-cut and easy to understand. Start by describing how DevOps is becoming more and more crucial in the IT sector. In order to accelerate the delivery of software products with a low failure rate, explain how such a strategy tries to synchronize the efforts of the development and operations teams. Include a description of how DevOps is a practice that adds value in which development and operations engineers collaborate throughout the lifespan of a product or service, from the point of design to the point of deployment.

2. What do you know about DevOps?

Your response must be clear-cut and easy to understand. Start by describing how DevOps is becoming more and more crucial in the IT sector. In order to accelerate the delivery of software products with a low failure rate, explain how such a strategy tries to synchronize the efforts of the development and operations teams. Include a description of how DevOps is a practice that adds value in which development and operations engineers collaborate throughout the lifespan of a product or service, from the point of design to the point of deployment.

The answer to this question must begin by outlining the broad market trend. Companies are attempting to determine whether tiny features may be delivered to their customers through a succession of release trains rather than delivering large sets of features. This provides several benefits, such as quick customer feedback, higher software quality, etc., which ultimately results in great customer satisfaction. In order to do this, businesses must:

All of these needs are met by DevOps, which also aids in the delivery of software without interruption. You may cite examples of businesses using DevOps to attain levels of performance that were unimaginable even five years ago, such as Etsy, Google, and Amazon. They are deploying tens, hundreds, or even thousands of lines of code per day while maintaining the highest levels of security, reliability, and stability.

4. Name some of the most popular DevOps tools?

Some of the most popular DevOps tools are:

5. How does most of these above-mentioned tools works?

There is a flow where almost everything gets automated just to get seamless delivery whereas this flow may vary according to the requirements of different organizations.

6. Mention some of the major advantages of DevOps.

Some of the major technical advantages of DevOps are given below:

7. What are some of the core benefits of DevOps?

It provides faster development of software and provides quick deliveries.

8. What is the most crucial goal DevOps enables us to accomplish?

The most important thing DevOps provides is that it helps us to proceed with changes as soon as possible while minimizing the risk in software quality assurance and compliance. This is the main and primary objective of DevOps.
However, DevOps also has a number of other advantages. For instance, improved teamwork and clearer communication allow the Operation and Development teams to work together to develop high-quality software, which in turn boosts customer happiness.

9. What are some different phases in DevOps?

The following are the different stages of the DevOps lifecycle:

11. Which of the following git command download any repository from GitHub to your computer?

The Git command that can download any of the repositories from GitHub directly to your computer is git clone.

12. How we can define the difference between git fetch and git pull.

13. How you can explain Git stash?

While working on a branch, a developer wants to switch to another branch to work on something different but doesn't want to make modifications to your incomplete work. Git stash is the answer to this problem. Git stash puts your updated tracked files on a stack of incomplete changes that you can apply again whenever you want.

14. What are some basic Git commands?

Let's say you are developing an application and you want to give it new functionality. The new feature can be built on a new branch that you establish.

16. Are there any technical challenges with selenium?

17. When you should use the selenium grid?

To achieve distributed test execution, it can be used to run the same or different test scripts concurrently across a variety of platforms and browsers. It enables testing in various settings while dramatically reducing execution time.

18. How will you secure Jenkins?

Jenkins can be protected in the following ways:

19. What are Jenkins Pipeline and CI/CD Pipeline?

Jenkins Continuous Delivery Pipeline can be implemented and integrated using a set of plugins collectively known as Jenkins Pipeline.
Build, deploy, test, and release make up the continuous integration or continuous delivery pipeline. The pipeline feature is quite efficient. In other words, a pipeline is a collection of construction jobs that are integrated and chained together in a particular order.

20. What are Puppet Manifests?

The configuration information for each Puppet Node or Puppet Agent is stored in the Puppet Master in the native Puppet language. These details are known as puppet manifests and are expressed in a language the puppet can comprehend. These manifests have the .pp file extension and are written in Puppet code.
For instance, we can use the Puppet Master to generate a manifest that installs Apache and creates a file on every Puppet Agent or slave that is linked to the Puppet Master.

21. Define How does Ansible Works?

Ansible is a free automation tool that may be installed on two different kinds of servers:

The controlling machine will have Ansible installed, and nodes will be handled using SSH on that system. The controlling machine's inventories determine the nodes' positions.
Ansible does not need to be installed on any remote nodes because it is an agentless tool. Therefore, no background apps are required to run while it manages any nodes.
Ansible Playbooks enable it to manage numerous nodes from a single system over an SSH connection. Playbooks are YAML files that have the ability to perform several tasks.

22. Why should you use Ansible?

Ansible can assist with:

23. What do handlers do in Ansible?

Similar to regular tasks in an Ansible Playbook, handlers in Ansible are only executed when a task contains the 'notify' directive. When a handler is invoked by another job, it is triggered.

We can receive a full monitoring service from Nagios for our HTTP servers and protocols. Here are a few advantages of using Nagios for efficient HTTP monitoring:
Increased server, service, and application availability is possible.

25. What does a Kubernetes namespace mean?

In Kubernetes, namespaces are a means to allocate cluster resources to various users. In other words, it is helpful when a cluster is being used by multiple teams or users, which could result in name collisions.

Following are some of configuration management's main benefits:

27. What is the role of Configuration Management in DevOps?

In DevOps, AWS serves as a cloud service provider and plays the following roles:

28. In Chef why do we use SSL certificates?

In order to make sure that each node has access to the correct data, SSL certificates are necessary between the client and the Chef server. The public key pair of each node is kept on the Chef server at the time an SSL certificate is given to the server. The server then grants access to the necessary data after comparing this against the node's public key for identification.

Some cloud platforms that support  Docker are:

30. Where we can use Dockerfile?